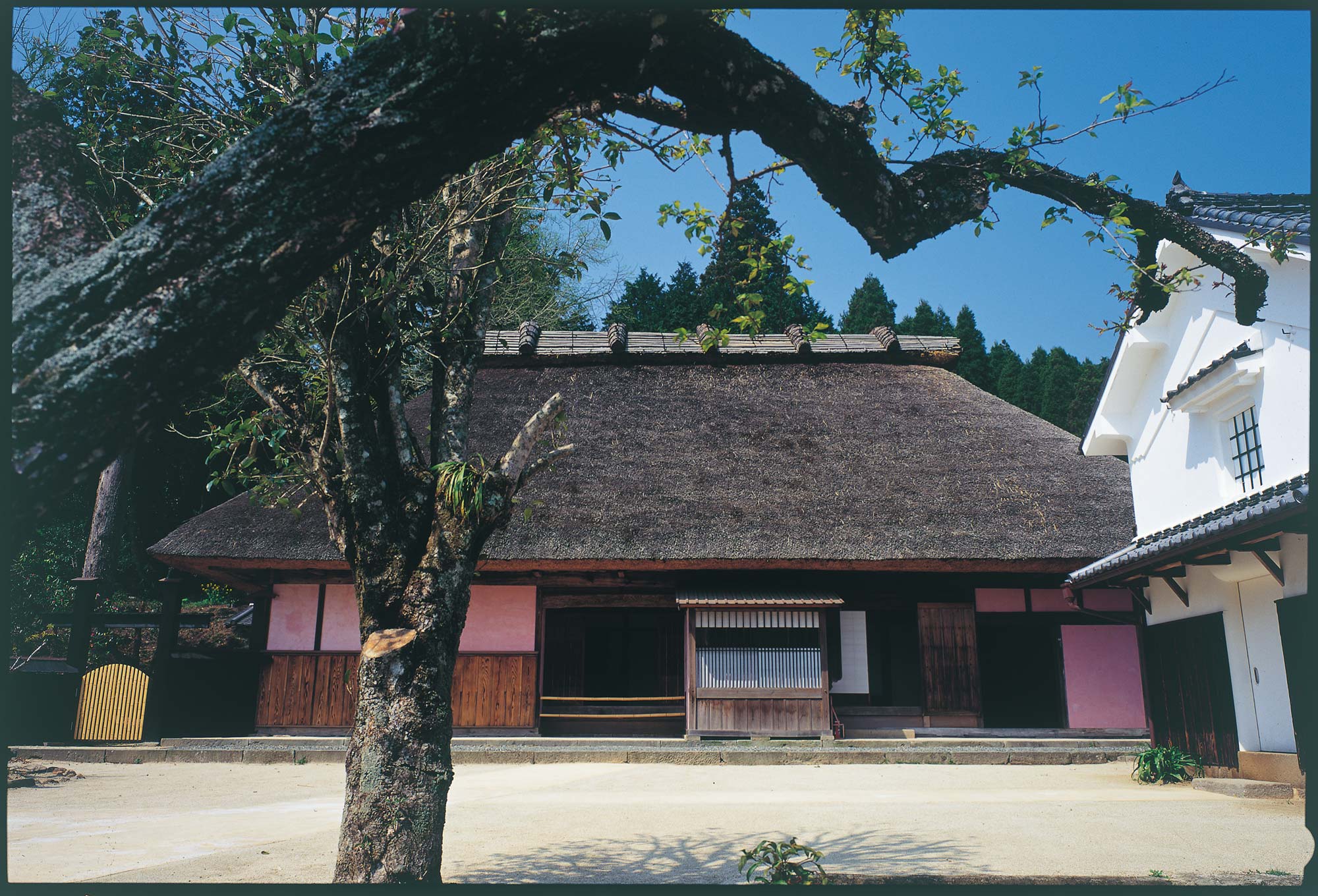 Pioneering Philosophy on His Own

Go upstream the Aki River in the town of Aki, Kunisaki, and make your way toward the Futago River tributary to see the highest peak on the Kunisaki Peninsula, Mount Futago. Edo period thinker Baien Miura, also called the man of Mount Futago, looked up at this mountain every day and night, drank the water of this valley and established “The Philosophy of Reason”.

He was born in 1723 in then-called Tomikiyo in the Village of Tominaga, Kitsuki Domain. That was this land. If you walk from the riverside to the western high ground, you’ll see his former residence (a Nationally Designated Historical Site) as well as a museum detailing his studies and storing artifacts such as the celestial globe he used (a Nationally Designated Important Cultural Property). Nearby is Baien Village, where guests can stay equipped with an astronomical observation dome.

He studied with two teachers when he was young, but that was not even for two years. After going to Nagasaki to study twice and making a journey north once, he spent the rest of his life here, thinking. This is seen as an evidence of his aloofness.

But now, what may be more important is to see his humanity. As a child, he took great interest in the origins of the universe. Children now and then often ask “Why?” or “How?” Baien kept asking such questions throughout his lifetime.

His studies are based in action and demonstration. If he had a question, he’d make every effort to elucidate it. He studied hard under his teachers, and when travelling to study, he gathered materials with vigor. Is this the first time a Japanese person showed the importance of linking academic knowledge and theory with practice?

Some have said they want to revive his life’s work of (1) pioneering philosophy by oneself, (2) strong logical thinking and (3) discovery and use of dialectical logic. Let’s revisit Baien. 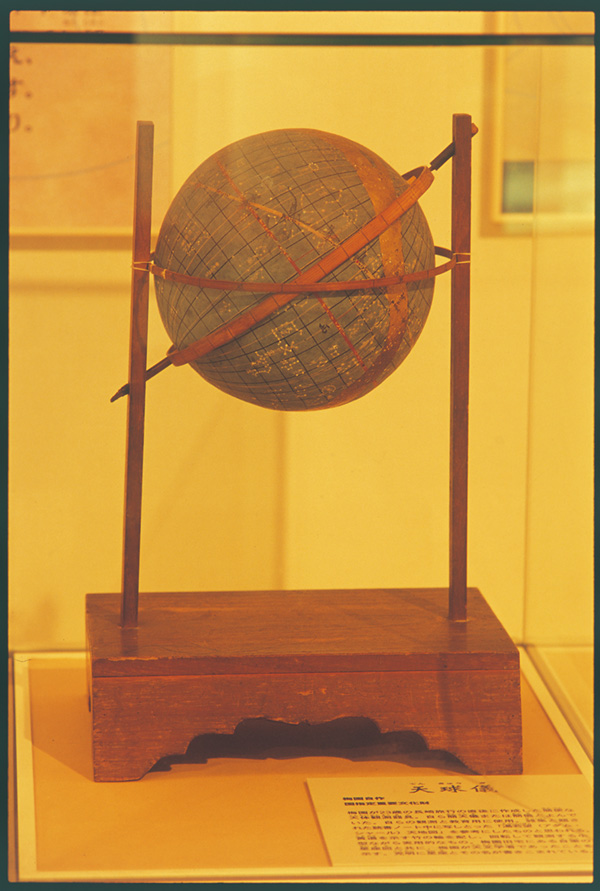 The celestial globe in the museum.