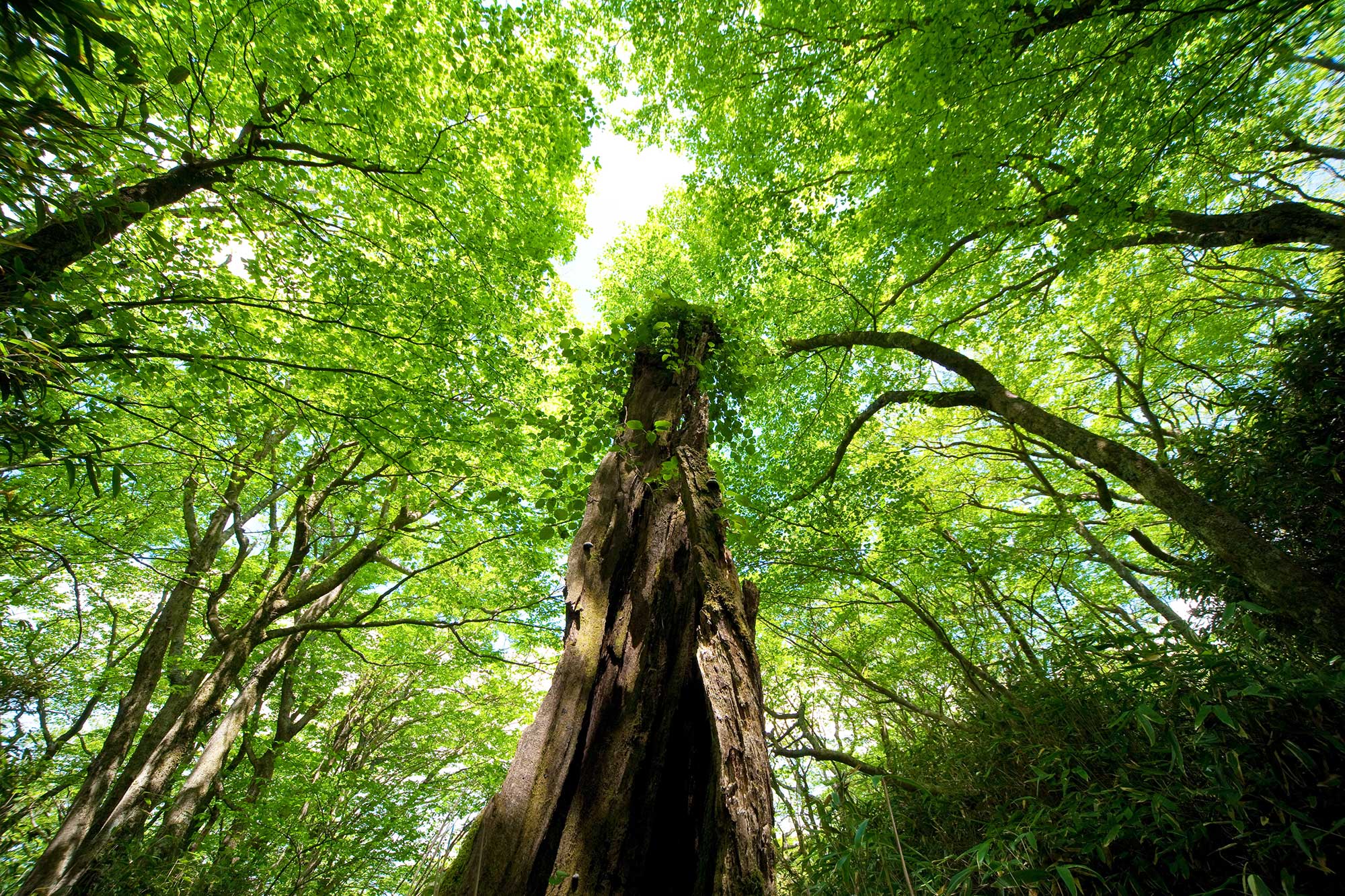 Sobo Katamuki Mountain Range has quite a masculine shape covered by a deep forest with rocky peaks and walls. The writer Kyuya Fukada has selected the Sobo Katamuki mountains together with Mount Kuju in “One Hundred Mountains of Japan,” introducing their symmetric standing as “a fine monument with a gentle ridgeline from left to right,” as opposed to the feminine shape of Mount Kuju.

The mountain range continues in a long ridge from Mount Sobo (1757 meters) to the south and west, along the border of Oita and Miyazaki prefectures, with Mount Katamuki (1605 meters) on the eastern end. The Miyazaki side is a gentle slope but the Oita side is very steep with headwaters of Okudake River cutting in sharply, spreading the primary forest (natural forest) under the rocky peaks and walls.

The primary forest is a vertical distribution showcasing the typical composition of a forest in southwest Japan, which clearly depicts the transition from a sub-tropical forest to a temperate forest. Roughly speaking, the lower part is the Japanese hemlock and the upper is the beech forest, with the border being at an altitude of 1,000 to 1,200 meters. If you visit during the winter, you can see the border line clearly on the hillside, with the evergreen hemlock and deciduous beech.

The inside of the horseshoe-shaped area surrounded by the ridgeline extending from Mount Sobo to Mount Shouji and Mount Furusobo / Ohiragoe in the south and to Oshouji Rock and Maeshouji to the east is called “Nai-in,” which is where the primary forest, the beauty of the valley, and the essence of rocky peaks and walls all come together. You don’t have to be a serious mountain climber to enjoy parts of the mountain ridge, as some locations offer a walkway.
While walking, it almost feels as though the mountains and the primary forest are forming a huge “organism” together. Isn’t that a mysterious experience?
Mount Sobo used to be called “Mount Sohorino.” Sohori or Souri indicates a sacred place, and also shows a link to the capital of Korea, Seoul. People in the old days used to look up to Mount Sobo as a ladder that leads to heaven, as a mountain where a god resides. In addition, it was believed to be the highest mountain in Kyushu until an accurate topographic map was made at the end of the Meiji era. 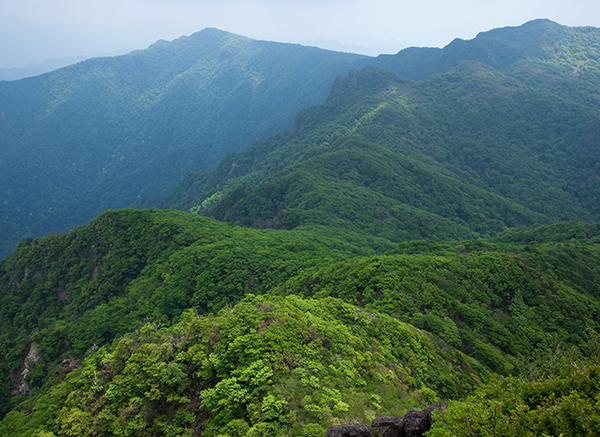